ENGL 367: British Drama Colonial Encounters: The Consequences of Pride within “The Burial at Thebes” by Caroline Kelemen

Creon’s and Antigone’s stubbornness, single-mindedness, and pride destabilizes their character enough to remove them from being a true protagonist.

“The Burial at Thebes” by Seamus Heaney

The play revolves around Creon forbidding the burial of Polynices for treason against Thebes, and Antigone wanting to bury her brother. These two characters are against each other from the very beginning of the play. It is both Creon’s and Antigone’s pride that really forces them to drastic actions. Neither of the two characters are willing to admit when they are wrong, and so both have tragic endings. 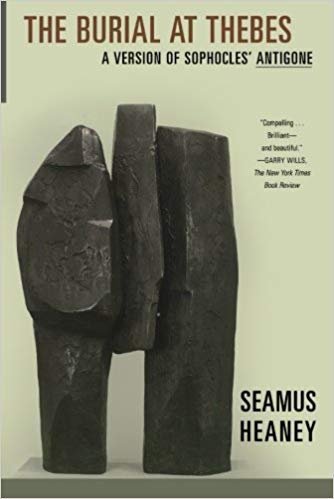 [Source: “The Burial at Thebes: A Version of Sophocles' Antigone” Amazon.
https://www.amazon.com/Burial-Thebes-Version-Sophocles-Antigone/dp/0374530076]

Creon: The King of Thebes. He is concerned with the state and civil law. He sees Polynices as a traitor that brought enemy soldiers into Thebes.

Antigone: The daughter of Oedipus and fiancé to Creon’s son. She is concerned with her brother’s burial and religious law. She only thinks of Polynices as her brother. She knows that it is the gods’ law to have a body buried, so Hades can rule over it, and claims this in argument to Creon’s law.

Caroline Kelemen is a creative writing major and book arts minor at Wells College. She can be found reading, swimming, or writing. 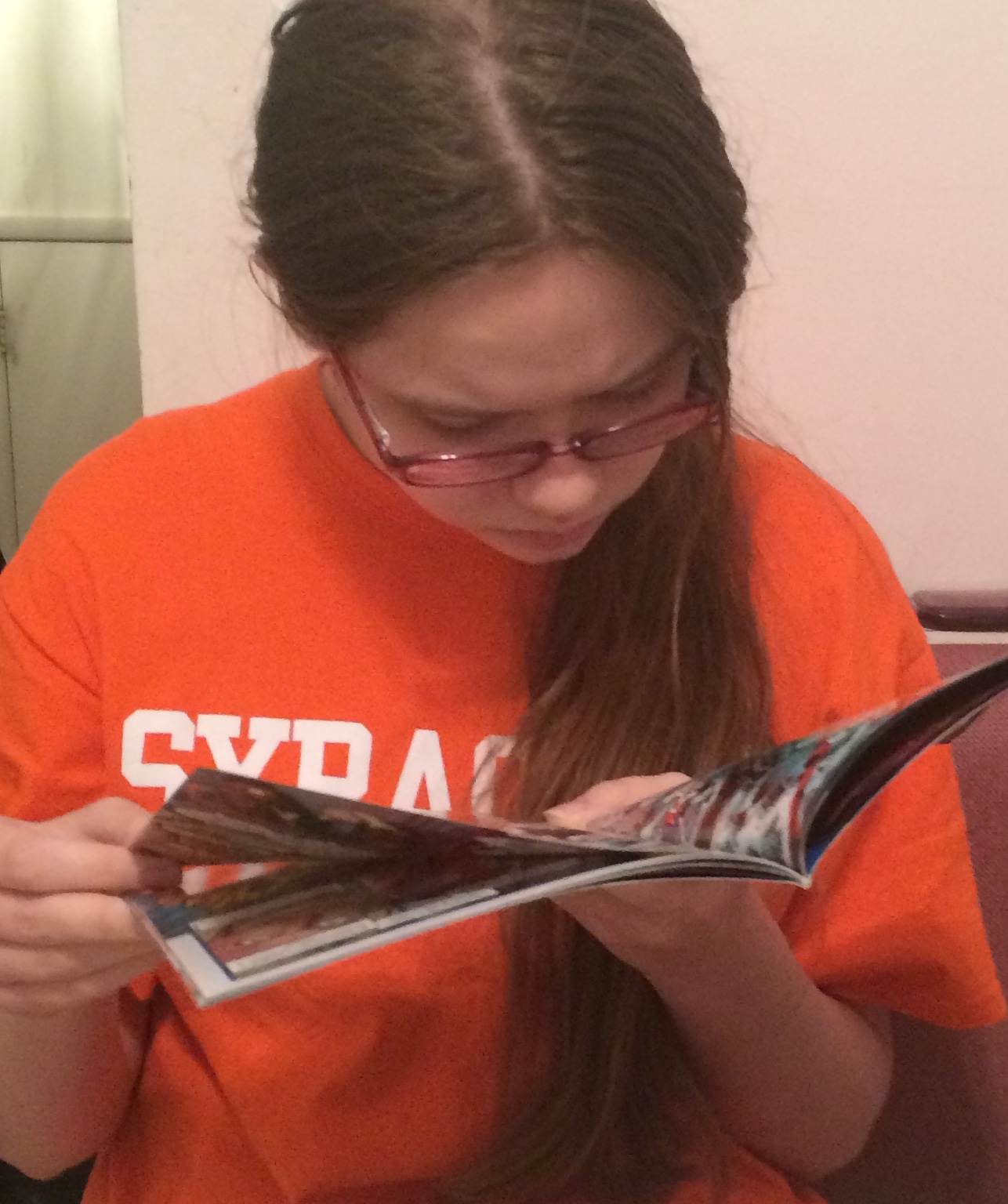 What is a protagonist?

Protagonist: The main character, which the story follows. They undergo challenges and make personal transformations. The word protagonist originated from the Greek word “πρωταγωνιστής” which can be defined as an “actor who plays the first part” or a “leader.”

What is an antagonist?

Antagonist: The main character, which the story follows. They oppose the protagonist. The word antagonist originated from the Greek word “ἀνταγωνιστής” which can be defined as an “opponent” or a “rival.”

A protagonist doesn’t have to be a hero. For example, Humbert Humbert, from Lolita, is a protagonist, and he is definitely no hero. “The Burial at Thebes” doesn’t even have a hero in the story. It’s more of a debate that leaves the characters in a gray area. This way the readers can make an unbiased decision on  who is correct on their own.

Creon and Antigone are too concerned on their way being the right way that they push everyone aside and fall into turmoil. They place their opinions above those of the gods, Creon, and the law, Antigone.

This source breaks up the protagonist from the hero and the main character. August is a screenwriter and author that has a degree in journalism from Drake University and an MFA in film from The Peter Stark Producing Program at the University of Southern California. I will be using this to show how the characters don’t follow the idea that a protagonist has to change within the story.

The source briefly discusses the characters, and emphasizes the “failure of justice” both Creon and Antigone make. They both disagree and try to prove they are right in following civil law or religious law, only making them isolate themselves. This source can be used to show the way both characters act in a way to prove they are in the right.

Donovan, Melissa. “How to Identify the Protagonist in a Story.” Writing Forward, 8 Aug. 2017, www.writingforward.com/storytelling/how-to-identify-the-protagonist-in-a-story.

This source gives good examples of what to look for to figure out who the protagonist in a story is. Donovan is an author that has a BA in English with a concentration in creative writing from Sonoma State University. I will be using this to show how the characters align and disagree with the given options.

This source is an adaption of Antigone that goes deeper into the characters. The play shows a kinder side to the characters, but their stubbornness comes through. This source would be a good counter balance for Creon as he has a more positive light in this rendition.

Heaney, Seamus, and Sophocles. The Burial at Thebes: A Version of Sophocles' Antigone. Farrar, Straus and Giroux, 2005.

This source is the play my paper will be on, and I will be analyzing it within the paper. The story is about the results of a brother not getting buried in the ancient times of Greece. Creon can’t have the body buried as Polynices is a traitor, meanwhile Antigone wants him buried because of religious belief. I will be delving deep into these two characters and their actions. A scene I may include is on pages 29 and 30 where they argue over law, which shows their stubbornness.